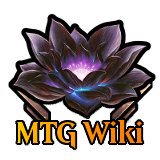 Unsanctioned is a silver-bordered box set, marketed as a ready-to-play "Un-set" experience. It will be released on Leap Day, February 29, 2020. The set combines reprints from previous Un-sets with sixteen new Un-cards. It will have a “wrestling match kind of flavor”.

The set consists of five 30-card, preconstructed mono-colored decks, each designed to synergize with one another in unique and surprising ways. Each player combines two decks into one 60-card deck and faces off against another combined deck for some wacky gameplay that stretches the limits of what Magic cards can do. The new cards (3 in each deck, and 1 appearing in all decks) were designed very much with Commander and Cube in mind. Some of the reprints feature new artwork. Like the other Un-sets before, Unsanctioned features some very pretty basic lands. 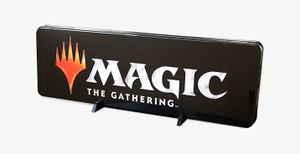