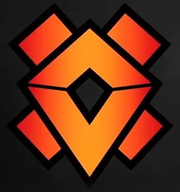 Set Booster
Adventure gear given out to content creators

Set boosters and the ListEdit

Oona, Queen of the Fae creates   1/1 Faerie Rogue creature with flying, which aren't provided with the deck.

Canyon Jerboa is the first non-token creature to feature the Mouse creature type. Tazri, Beacon of Unity is the only card to reference the Zendikar-specific Ally creature class.