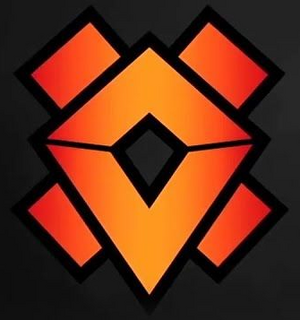 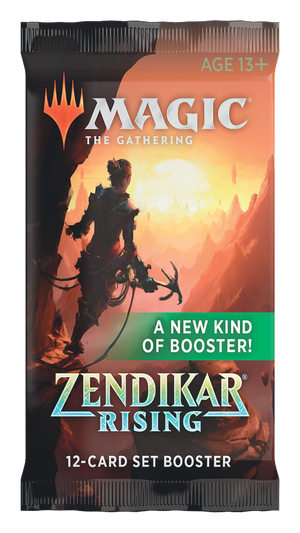 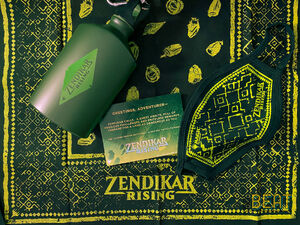 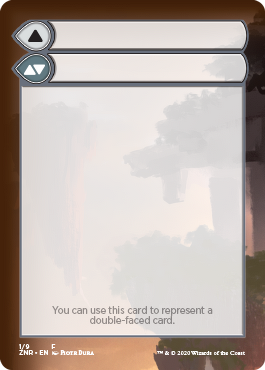 Zendikar Rising has a class tribal theme, centered on Clerics, Rogues, Warriors, and Wizards. In the art, each class has its own distinctive costuming. The classes also all have an associated mechanic.[21]

Each color in the set features specific class creature types. With any 2 colour combination you can have a full party with cards from only Zendikar Rising.[22]

Zendikar Rising introduces Commander decks that are released as a regular part of a set's product line.[25]