Wizards of the Coast/Game store 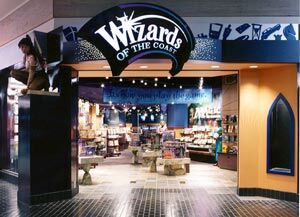 Broderick Architects, in 1998, was involved with the initial design and development of five prototype stores in Washington state. These prototypes were at the Crossroads Shopping Center in Bellevue, Northgate Mall in Seattle, South Hill Mall in Puyallup, SeaTac Mall in Federal Way, and Kitsap Mall in Silverdale.

Wizards of the Coast announced in a press release on December 28, 2003 that it was closing the game stores, as well as the affiliated The Game Keeper stores.[2]