Order of the Widget 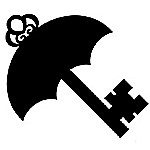 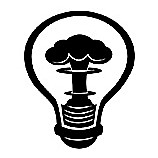 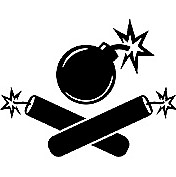 Unstable is a booster-based card set for Magic: The Gathering that can not be used in legal Magic tournaments. It was released on December 8, 2017 as a standalone set.[4][5] This is the third of the silver-bordered Un-sets and is designed to be drafted.

Unstable contains "216-ish" cards (5 basic land, 75 common, 75 uncommon, 46 rare, and 15 mythic rare) and 20 foil tokens, and includes randomly inserted premium versions of all cards.[6] The set explores new areas of Magic game design and continues the tradition of bending the conventional rules of the game in a fun and whimsical way. Unstable was designed to both be drafted alone and be mixed with other sets: according to Mark Rosewater, however, the best experience is probably when it's drafted alone.[7] The expansion symbol is a wrench with an acorn-shaped hole.

The big difference between Unglued and Unhinged on one hand, and Unstable on the other, is that the first two were meant to be mixed in with normal Magic, whereas Unstable was built as a stand alone limited experience.[8]

The set features 'modern design sensibilities' and is built around a 'cohesive creative vision'.[4] It includes fun legendary creatures that can be utilized in the Commander format and some cards designed for Cube.[9][10][11] Like its predecessors, Unstable features 5 full-art basic lands,[12] but borderless instead of black-bordered.[13][14] Every pack contains one of the five lands unless it is replaced by a Steamflogger Boss, which replaces 1 in every 121 basic lands. The set also features foil tokens, both for tokens produced by cards in the set and for popular tribes outside the set.

The set contains some cards at common which are functionally identical to existing black bordered cards or possibly "blackborderable". These had be included for limited gameplay purposes.[15][16][17]

Unstable is only published in the English language.

Mark Rosewater had to wait 13 years after Unhinged before Unstable could be printed, as Unhinged had been considered a commercial failure. However, Rosewater and senior brand director Mark Purvis argue this wasn't because of poor sales, but because of overprinting. At the time, Wizards of the Coast didn't regularly create supplemental sets, so Unhinged was treated as a small expansion. Actual work on the set took six years.[18][19] When design started, one of the goals, as proposed by director of product design Mark Globus, was to explore what new printing technology might allow: however, none of these proposed ideas were feasible at the time the set was printed.[5]

Unstable is sold in boosters and Draft Packs. The first details of Unstable were revealed by Rosewater at San Diego Comic-Con 2017,[19] who also heavily promoted the set on Blogatog.

Draft Weekend was held on the 9–10 December 2017, the first time which a non-Standard set was used in such event, and first time the event is held in casual level (Only 1 lifetime PwP will be awarded in those events).

Unstable features 20 foil tokens, one per pack. Half of them are tokens from Unstable, with humorous fake ads on the back of each.[23][24] Only the front side is foil, the back side isn't.[25] For the first time, some of these tokens have watermarks, which interacts with the "watermark matters" mechanic that appears on a number of cards in the set.

The other half of the tokens are for non-Unstable cards, and has full borderless art of the same token on the back faces instead of advertisements.[23]

Wizards of the Coast reported that Unstable was one of the smash hits of the year, and was beloved by players.[27]

Unstable is set on Bablovia, a steampunk 'mad scientist world' with 5 factions:[5][28]

Unstable also has a number of one-off mechanics that play on other black-bordered mechanics:

Unstable continues the trend of introducing humorous card types to the game.

Thirteen cards in Unstable were printed with multiple variants.[45] These variants can differ on rules text, stats, flavor text, art, watermark, and even card name. The rarity of all the variations of a particular card add up to the regular listed rarity.[46]