From MTG Wiki
(Redirected from Ticket)
Jump to: navigation, search

The Wizards Play Network (WPN) is a website maintained by Wizards of the Coast that provides support for grass roots play on a global level, a wider variety of play formats and broader reaching local events that go beyond events such as FNM and the Pro Tour.

It was created in October 2008 as a follow up to Gateway program. According to Wizards of the Coast, it is all about putting choices and direction in the hands of those who know it best, the retailers and game organizers.[1]

In 2016, WPN introduced the Premium Series, sanctioned tournaments organized by independent tournament organizer. Like Grand Prix, these tournaments allow the organisation of a Trials system.

Beginning with Core Set 2020 in 2019, the original four-level system of classifying the WPN-shops and the support they received was replaced by a system based on Tickets and Engaged Players.[2] The first is meant to measure quantity, the second is an attempt to measure quality. 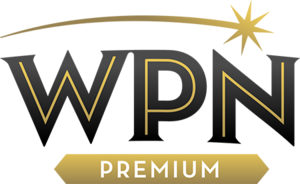 WPN Premium is a public recognition of the best stores in the world. This concept was also introduced in 2019.[2]

Premium stores will get the same benefits as all WPN members, plus exclusive events, priority and recognition in the Store and Event Locator, upgraded promo materials, MTG Arena codes for exclusive content[3], etc. Less than five percent of stores qualify for premium status. To be considered for WPN Premium, a store needs to hit these metrics:[4][5]

Activated Players are new players that join six events in their first year of in-store play.

One in four of the packs the store receives contains all-foil contents.