Starter 2000 was exclusively sold in the Starter 2000 game box. A sampler pack that was released in magazines is also considered part of Starter 2000. A 24-card Demogame booster was provided via the Guru program. 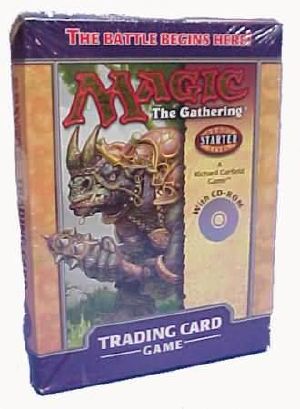