The Starter game box is a 2-Player Starter Set that was part of the Starter release in 1999. The two decks are designed to play well against each other and are sorted to provide a sample game if you don't shuffle them. The rules take beginning players through their first game step-by-step; after that, new players know the basic rules and the decks can be shuffled. 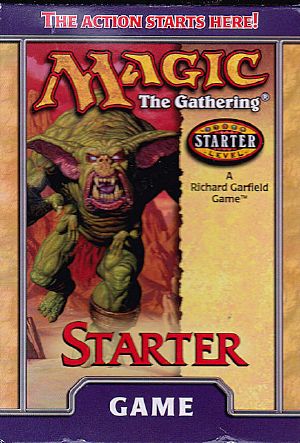 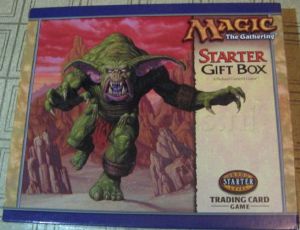 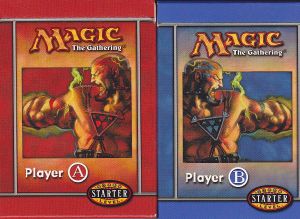 2 Merfolk of the Pearl Trident

The following cards weren't available in regular Starter boosters, but did appear in game box (and also in the Starter samplers).