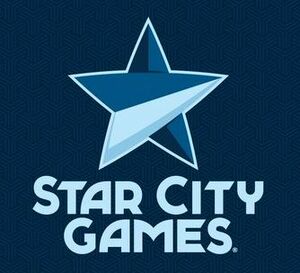 StarCityGames is a Magic retailer based in Virginia. StarCityGames.com is one of the longest-running Magic: the Gathering content sites on the Internet as well as one of the largest Magic dealers in the world.

On their site, they offer articles on competitive Magic and sell cards. Until recently, they were principally acknowledged for the amount of coverage they offered to the Vintage format. Although this coverage has not stopped, the site has now have hired several top-class players to write articles about other formats, like Standard, Legacy, and Modern. Most high profile articles are locked behind a paywall requiring subscription fees for access, but are set to free access several months later.

StarCityGames is often used as the defacto price guide for trading among Magic players in North America.