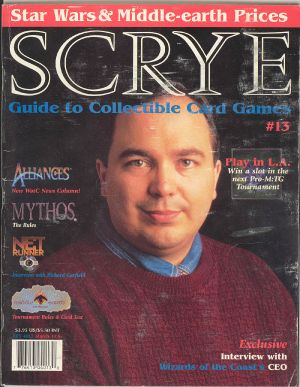 Scrye was a monthly gaming magazine. It began publication in 1993 and was one of the leading periodicals for CCGs in the 1990s, alongside InQuest and The Duelist. Scrye ceased publication with its last issue April 2009.

Scrye sold a series of pewter life counters. This series was launched in 1994 in association with Reaper Miniatures. Over 750,000 of the counters have been sold.[1]