Lévy holds the record for most Pro Tours attended (99 as of Mythic Championship Cleveland 2019) and lifetime Pro Points. His other significant results include three Pro Tour top eights, six Grand Prix wins, and winning the 2013 World Magic Cup as the captain of the French team. In 2006, he was inducted into the Magic: The Gathering Hall of Fame. 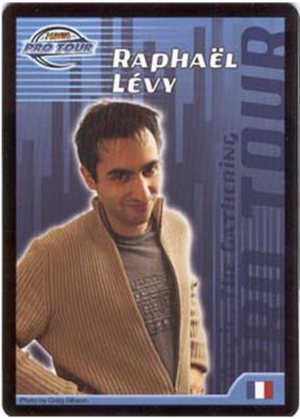