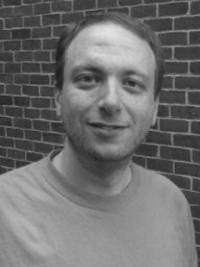 Mark Louis Gottlieb (born August 30, 1974 in New York City, NY) is a Wizards of the Coast employee who has been a game designer and developer for Magic: The Gathering and a former and, to date, longest-serving Rules Manager for the game.[1][2] Gottlieb was succeeded by Matt Tabak as Rules Manager in 2012, when the former moved into card development.[3][4]

Born on August 30, 1974 in New York City, NY and reared in Fair Lawn, NJ, Mark Gottlieb attended the Massachusetts Institute of Technology in Cambridge, MA,[5] where he penned a senior thesis entitled "Secrets of the MIT mystery hunt: an exploration of the theory underlying the construction of a multi-puzzle contest" under the supervision of Edward Barrett,[6] and graduated with a Bachelor of Science in Humanities and Engineering, with a double major in Creative Writing (Course 21W) and Electrical Engineering (Course 6), in 1996.[4]

At his MIT dormitory Random Hall, where he was the dormitory's president,[7][8] Gottlieb was introduced to Magic: The Gathering by peers. He started playing during Limited Edition Beta.[9]

During his last semester at MIT, Gottlieb applied for a writing job at the now-defunct Magic magazine The Duelist, but he was not offered the job. Later, he applied for a job as a developer at Wizards of the Coast, for which he was also denied.

In 2000, Gottlieb applied for the position of Magic Technical Editor at Wizards of the Coast. Given that Gottlieb was then an editor at Random House in the crossword section of Times Books and that he played Magic, he was hired; however, this stint was short-lived and he was terminated two years later, in a round of layoffs. Five months thereafter, Wizards of the Coast then contacted him to offer him the position of Rules Manager for Duel Masters, another collectible card game.

At the same time, he was given his job as a columnist at MagicTheGathering.com. This column was principally centred around zany deck ideas and combinations between cards, often told in comedic style. When it was announced[10] that he would be leaving, a small cult formed that claims to worship him.

Since the conclusion of his column, Gottlieb has written four articles for the site.[11][12][13][14] Mark has also replaced Bennie Smith as the regular author of MagicTheGathering.Combos, a semi-regular feature that highlights quirky interactions of cards from each new release.

Meanwhile, Gottlieb was rising through the ranks and worked as a developer on the Duel Masters, Neopets, and GI Joe trading card games. He also became the Magic Technical Writer and then the Magic Rules Manager. Eventually, Gottlieb switched over to full-time developer and Matt Tabak replaced him as rules manager. He also took on the role of Magic design manager. That means he is responsible for overseeing the management of all of Magic's designers save Mark Rosewater.[15]

Gottlieb wrote the "House of Cards" column on the official Magic: The Gathering website for about 2 years. He was not the original author of it but he took over it in early 2003 from Jay Moldenhauer-Salazar. When he left "House of Cards", the column went on hiatus for about half a year until the beginning of 2006, when Chris Millar took it over.

The nickname MaGo was given to Mark by message board members as a spinoff of Mark Rosewater's nickname, MaRo. His "cult" following calls itself the Cult of MaGo after this. When he first received it, Mark disliked the name, but since discovering that it translates to "Wizard" in Italian and "Mage" in Spanish and Portuguese, he has taken more of a liking to it.[1]

Within the community of enthusiasts of the game, he is a well-known columnist and public face of the company alongside Mark Rosewater. During his stint as rules manager he was jokingly considered to be Rosewater's archenemesis.

Unhinged's Bucky, the flavor text writer, (featured on When Fluffy Bunnies Attack, Pygmy Giant, and Pointy Finger of Doom) was a creation of Gottlieb. It is rumored that he modeled Bucky after himself.[16]

Gottlieb is an avid puzzler, and his team won, and created, the MIT Mystery Hunt thrice. Gottlieb, under the name "Wombat", is a member of the National Puzzlers League. He led the team to create the puzzle for the World Puzzle Championship 9, which is the largest international puzzle competition.[1]