Magic: The Gathering Portal, also known as MTG Portal, was an official Wizards of the Coast life counter mobile app that would be released in 2018[1][2] Although it was advertised on marketing cards and on other products it was first delayed[3], and consequently cancelled.[4]

This companion app would allow you to set up and organize home tournaments and invite friends to play in them, it would have a card database, searchable rules, a news hub, the life counter and a profile that tracked wins and losses over time. 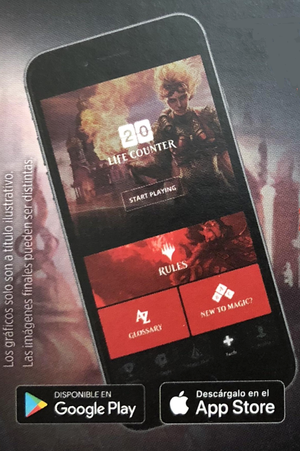 In August 2019, it was announced that the Portal app was cancelled, because the actual product fell short of where Wizards of the Coast needed it to be for players.[4] Instead, the MTG Companion was released, that was restricted to the tournament organizer function.[4]