From MTG Wiki
(Redirected from MTGO)
Jump to: navigation, search

Magic Online (abbreviated MOL, previously Magic: The Gathering Online, MTGO, or MODO[1]) is the official means of playing Magic: The Gathering over the Internet. Wizards of the Coast launched it on June 24, 2002 with the release of the two year old Invasion set and has since added each new set to the game as well. Magic Online has slightly different formats than paper Magic.[2][3] New types of formats introduced in Magic Online include the Pauper Deck Challenge.

Magic Online uses digital cards.[4] They are sold in digital booster packs, just like physical packs in stores.[5] Several Magic Online sets and cards are not available in paper Magic. 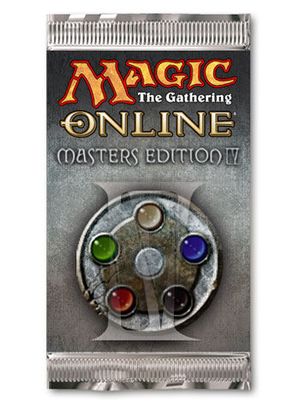 Core sets and expansions are sold until the sets are rotated out from Standard within the game. The other sets are sold in selected time basis (including, but not limited to, as a provided product via limited events).

The following sets are exclusive to Magic Online:

The following cards are Magic Online-only:

Avatars are graphical representations of the player's persona or character. Avatar cards were used in casual Vanguard format games.[8] You would add one of them to your deck before playing, and at the start of the game, the avatar card from your deck would start in play for you and applied the modifications listed on it. Since Zendikar, rules text and starting hand size/life total modifiers for Vanguard avatars have been discontinued. However, players may continue to play the vanguard format with previously released avatars. Both old and new avatars can still be used to represent you in-game.[9][10][11] Avatars show damage; they wear away to a skeleton as the owner loses life points.[12]

Magic online holds DCI sanctioned formats. Some of these are only sanctioned on Magic Online. 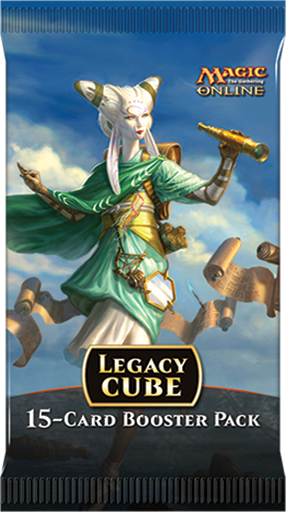 The Magic Online Community Cup is a yearly invitation-only tournament, first held in 2009, in which a group of Wizards of the Coast compete against a group of eight or twelve Magic players selected via a voting system in Magic Online.

In 2015, By far the largest change to Magic Online event structures was the introduction of Play Points, the conversion of most Constructed events to award Play Points as the primary prizes, and the acceptance of Play Points in most events (both Constructed and Limited).[14] Wizards of the Coast made these changes to move away from awarding prizes entirely in boosters, which were mainly of interest to Limited players, primarily to allow Constructed players to more easily use their prizes to rejoin Constructed events.

Magic Online's economy's primary currency is the event ticket.[15] Event tickets, or "tix" as they are commonly known, have only one official in-game use—paying part or all of an event's entry fee. However, trading bots (computer programs that exist to perform specific actions) typically operate on a credit system—if you buy or sell cards for fractions of an event ticket, they will save your credits for the next time you trade with a bot using that same credit system. 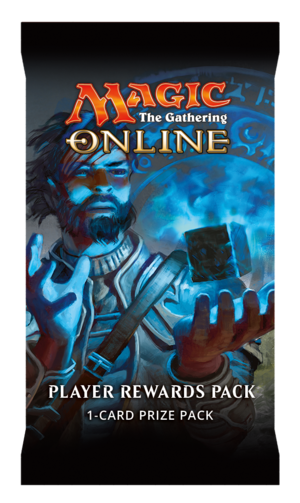 The Magic: The Gathering Online Player Rewards program (MOPR, ) offers players the chance to earn digital promo cards for their monthly Magic Online activity. These include both standard non-foil versions, as well as premium foil versions.This activity includes playing in tournaments of a sufficient size, as well as making purchases in the Magic Online Store.[16] Starting August 30, 2017, instead of awarding promo cards directly, the program award Player Rewards Packs that could be either traded or opened.[17] They contain a single promo card. Some of these also appear in Treasure Chests, and may feature new art.[18]

So far, more than a thousand promos have been released online.

As Invasion block was one of the first sets released on Magic Online, cards of the block are in short supply as the user base was very small at the time.

In November 2013, after suffering a tournament loss by experiencing technical issues on Magic Online, Hall of Fame member Brian Kibler aired his frustration in an article on Star City Games entitled "The Magic Online Championship Series should not exist".[19] As this server instability and the inability to restore Magic Online Tournaments to certain states had been a longstanding issue, this led to the suspension several types of high profile types of events[20] which have been slowly phased back in since.[21]

As a response towards the problem, the MOCS, along with Pro Tour qualifiers, and other Premier Events, was later suspended for almost half a year. Which during that time they dropped the older client and will use the new client which was launched in July 2014.[22][23] The MOCS and Magic Online PTQs were not resumed until September before WotC set up a backup plan if similiar cases happened again in future. The suspended MOCS' seasonal make-up events during that Pro Tour season were played between October and December.

In August 2014, WotC issued bribery, prize splitting, and collusion guidelines that were included in the Magic Online User Agreement.[24]

Magic Digital Next (MDN) is Wizards' internal umbrella term for the entire landscape for Magic: The Gathering experiences around digital games.[25] The WotC-designed game Magic: The Gathering Arena was developed under this new umbrella, succeeding Magic Duels.[26] In September 2017, it was revealed that Magic Online and MTG Arena would exist independently.[27] However, MTG Arena quickly became a great succes and people started to doubt if MTG Online would survive.[28] When Magic esports were introduced in 2019, it was based on MTG Arena, and Magic Online wasn't even mentioned.[29] Not long after, Wizards of the Coast stressed that the MTGO team was committed to providing a home for players who were looking for Magic experiences that MTG Arena couldn't provide, with a focus on Modern and the other non-rotating formats.[30]