From MTG Wiki
(Redirected from Khonian)
Jump to: navigation, search 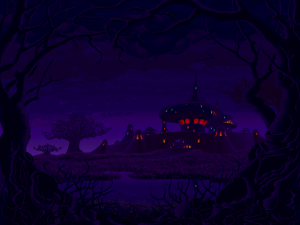 Khone was a kingdom east of the Great Sulgh Salt Marsh in southeastern Corondor. It and Shikar were known as the Contrary Kingdoms.

Khone once was the name of an enchanted forest and the home of an ancient Force of Nature, until it was twisted into a swamp by Geyadrone Dihada and its spirit was bound to her service as Sol'Kanar the Swamp King. Sol'Kanar destroyed the trade route between the Contrary Kingdoms, and forced the inhabitants to send slaves and goods on the Date of Tribute. This region included in the Great Salt Marshes.

Khone Keep was the castle of House Khone. Destroyed during the war between Sol’Kanar and Sivitri Scarzam.

Location where the Khonians gathered all promising spellcasters and forced them to survive using magic. The strongest of these Numbered Ones were sent to Sol'Kanar the Swamp King on the Date of Tribute.

Kanar was an archaic term referring to the Kingdom of Khone. The term was replaced by Khonian.

In the Kingdom of Khone, numbers one to twenty (1 – 20) are spoken as follows: