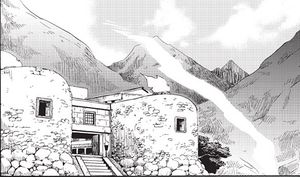 Keral Keep, as seen in the manga Eternal Blaze.

Keral Keep was a monastery established on the plane of Regatha to the north of the Great Western Wood. The monastery was founded around Jaya Ballard who had visited the plane sometime in the distant past and impressed the locals so that they built a shrine to her teachings. The primary teachings of the Keep center around the ascetic study of pyromancy and personal freedom and individual choice. Chandra Nalaar spent a great deal of time studying at the Keep, and eventually became the new abbot.