The JSS ran from October 1997[1] to 2007 and replaced the Junior Pro Tour program (which ran from 1996 to 1997 and was open to players 18 and younger)[2] Players that already had earned Pro Points were not allowed to participate.[3] In North America, the Junior Super Series were replaced by the Magic: The Gathering Scholarship Series (MSS),[4] but these ended in 2008 as well.

All players received a Premium alternate art Card. The first through eighth-place finishers each received a different Premium Card alternate art card. Additional packs of Magic: The Gathering boosters were awarded to top players. The winner received a $500 college scholarship and an invitation to the Junior Super Series Championship.

The JSS Championship had over $100,000 up for grabs in college scholarships. 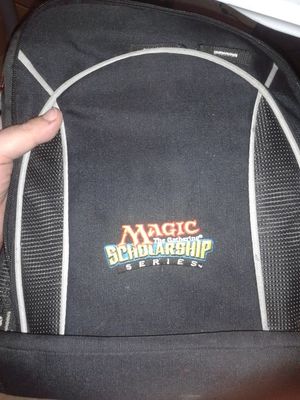 Between 2002 and 2007 the Japan Junior Tournaments were the Japanese equivalent of the Junior Super Series. The same Premium card were given out as awards, but they were in Japanese language.[6]