From MTG Wiki
(Redirected from Force of Nature)
Jump to: navigation, search

A Maro-Sorcerer, also known as a Force of Nature, is the elemental manifestation of the land, either brought about by strong magic, or of nature's own will. In Dominaria, it's believed that every wood, from a sprawling forest or a shady grove, has a spirit or avatar that keeps the site safe: these creatures can be befriended with the right magic.[1]
Dominarian forces of nature are sometimes called "maro". Some of them are servants of the world-soul, Gaea. 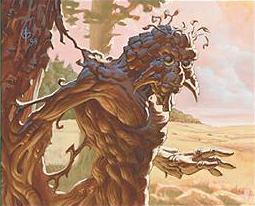 Multani, the most well known Maro-Sorcerer. Art by Daren Bader

Maro is the word for the color brown in Romanian.