Arcane Maelstrom is a 100 card Commander preconstructed deck with an instants theme, featured in Commander 2020.[1][2]

). The primary commander is Kalamax, the Stormsire, and the secondary commanders are Xyris, the Writhing Storm and Haldan, Avid Arcanist partnered with Pako, Arcane Retriever. 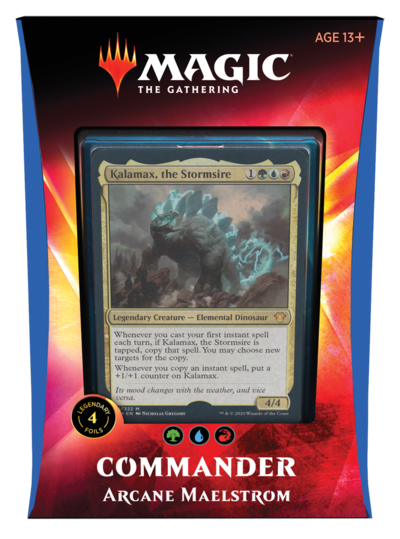 1 Tribute to the Wild

The new cards in the deck are:

Cards that were printed in the simultaneously-released Ikoria: Lair of Behemoths expansion, and thus use the Ikoria watermark, are:

The deck comes with 10 double-faced tokens:[3]